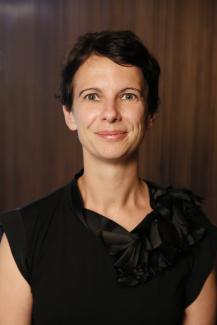 Dr. Diana Bowman is a Professor of Law in the Sandra Day O’Connor College of Law, where she serves as the Associate Dean for Applied Research and Engagement, and the School for the Future of Innovation and Society, at Arizona State University. Diana is a Co-Director of the Center for Smart Cities and Regions at ASU, the ASU lead, and member of the Executive Leadership team, for The Connective — the first smart region in the United States. Diana is also an Andrew Carnegie Fellow (2018). Diana’s research has primarily focused on the legal and policy issues associated with emerging technologies including, for example, nanotechnologies, CRISPR and autonomous vehicles. Diana’s second pillar of work is within the sphere of public health law and policy, with a particular focus on road safety, assisted reproductive technologies and water safety. She has published over 130 peer reviewed journal papers and chapters and is the co-editor of 10 books. Her work has appeared in leading journals such as Nature Nanotechnology, Nature Materials, Law & Policy and Regulation & Governance. In addition to her research and teaching, Diana has worked extensively with external organizations such as the Australian Government, the World Economic Forum, the Organization for Economic Cooperation and Development, the Food and Agricultural Organization and the Energy Retailers Association of Australia on the governance of emerging technologies. In 2011 Diana was a member of the Australian Government’s delegation to the United States for the Inaugural Australia-US Science and Technology, Joint Commission Meeting, and between 2010 and 2012 she served as a member of the Prime Minster of Australia’s National Enabling Technologies Strategy Expert Forum (housed within the Department of Innovation, Industry, Science and Research).