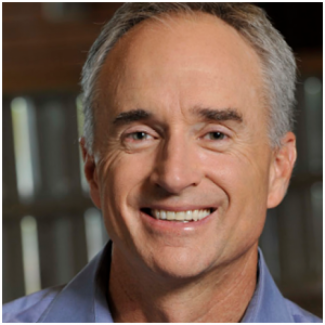 Mr. Rousseau has served on the Board of SRP for more than 20 years, and as its President and Chairman of the Board since being elected to that post in 2010. SRP is the oldest multi-purpose Federal reclamation project in the United States. It has been serving Central Arizona with reliable supplies of water and electric power since 1903, when it was formed to build the Roosevelt Dam, nearly 10 years before Arizona became the 48th state.

Prior to SRP, Mr. Rousseau was the founding partner at Rousseau Farming Company. The operation became one of the largest vertically integrated agricultural enterprises in Central Arizona, producing more than 20 commodities on over 10,000 acres, as well as developing substantial real estate assets.

Mr. Rousseau serves on the boards of Banner Health Foundation, Phoenix Art Museum, and The Arizona Chapter of the Nature Conservancy. He also represents SRP’s pivotal interests in the Arizona economy with the Greater Phoenix Economic Council, Partnership for Economic Innovation, and served as the Chair of the 2015 Arizona Super Bowl Host Committee, as well as being involved in energy industry policy through the American Public Power Association.

Mr. Rousseau earned a BS degree in Agricultural Business from University of Arizona and an Executive MBA at USC Marshall School of Business.