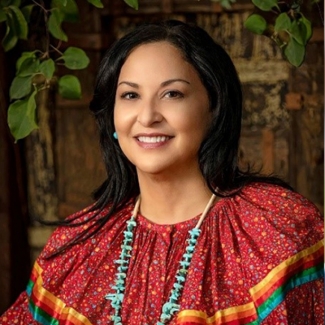 Maria Dadgar is the Executive Director in Inter Tribal Council of Arizona (ITCA) which is one of the oldest and largest inter tribal organizations in the United States. Ms. Dadgar is an enrolled member of the Piscataway Tribe of Accokeek, Maryland. She has worked in the fields of Higher Education, Non-Profit Executive Management and Tribal Economic Development for more than 20 years. Throughout her career, Ms. Dadgar has been involved in advocating for public policies and legislation on behalf of tribal nations regarding Economic Development, American Indian Health Policy, Environmental Justice and American Indian Education.

ITCA is a tribal consortium of 21 of the 22 tribes in Arizona. ITCA’s Board of Directors are the highest elected officials for each of its Member Tribes. ITCA has an annual operating budget of approximately $20M and over 50 employees and focuses its work on health, research and environmental quality.

Ms. Dadgar launched her career in non-profit management as Co-Founder/National Program Coordinator of Washington Internships for Native Students (WINS) at American University in Washington, D.C. During the 1990s and under her direction, WINS was selected as one of “America’s Best Practices,” by President Clinton’s Race Relations Commission for outstanding Educational /work experience opportunity for American Indian college students.