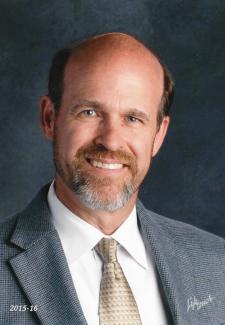 Dr. Brian Winsor, founder of Paideia Academies, has been an educator for over 30 years. He has a bachelor’s degree in history, a master’s degree in special education, and a doctorate degree in educational leadership. He is a 2021 ASU KER Fellow (Knowledge Exchange for Resiliency). He has been an avid outdoorsman enjoying long-range backpacking and scuba diving.

Brian began his education career as a junior high school teacher of students with learning disabilities and behavior/emotional disorders. He has been an elementary school principal, consultant for schools on leadership, curriculum, instructional strategies, as well as academic and behavior intervention and frequent presenter of educational leadership at national conferences.

Throughout his years as a special educator, principal and consultant, Brian developed into a fierce advocate for whole-person education. The notion that a child's worth could be defined by a standardized test fueled his determination to develop a school that valued the whole person - body, mind, heart and spirit. In 2011, Brian along with a select group of colleagues and community members created Paideia Academies Inc. In August of 2012, he opened Paideia Academy South Phoenix in a beautiful new building designed specifically for the community of South Phoenix. Over the following 10 years, the whole-person mission of Paideia has expanded to community partners including several colleges and professors from Arizona State University.

Brian has a deep connection to nature. He has been an avid long-range backpacker spending weeks at a time hiking through the mountains of California and the northwest. His love for and acknowledgement of the healing power of nature has influenced the mission and vision of Paideia Academies. Brian is currently engaged in reconstructing the Paideia Academy South Phoenix campus into an urban forest nature-scape. The redesign includes increased number of native trees, shrubbery and flowering vegetation as well as two bioswales with giant boulders and native vegetation. In conjunction with the nature redesign of the campus, Brian has organized a collaborative team of Paideia educators and ASU researchers to research the impact of nature-dose on the overall sense of wellbeing of the Paideia community. The nature-scape redesign project is the foundation of Brian's KER (Knowledge Exchange for Resiliency) project.